You know you're in Russia when you step out of the metro train at your stop and there's a dead guy lying on the ground, already wrapped in a black plastic bag with police taping the scene off, and the only part of him that is exposed are his shiny businessman shoes, and because it's Moscow and everyone is in a huge hurry, you can't really even stop to see what is going on and ponder why there is a dead human being whose last sight and smell was this disgusting grey metro station, you just have to keep treading water in the wave of humans that swells towards the escalator. 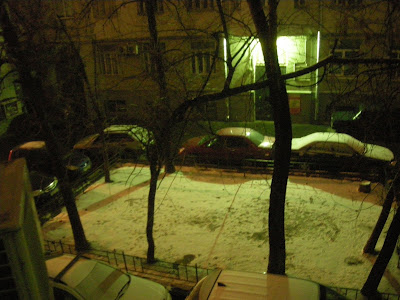 First day of snow. The view from my bedroom window. 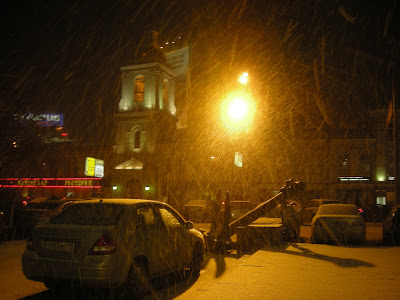 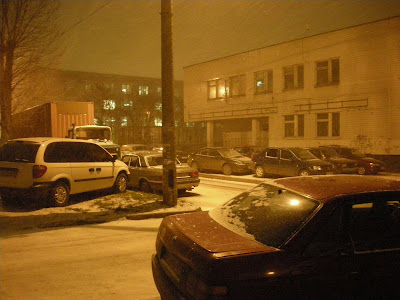 Some more images of snow. It's really beautiful until it melts and turns into black slush and you only have sneakers. And look! It's Josh Carpenter's van! He's learned how to park like a Russian! Just put it that fucker on the curb! 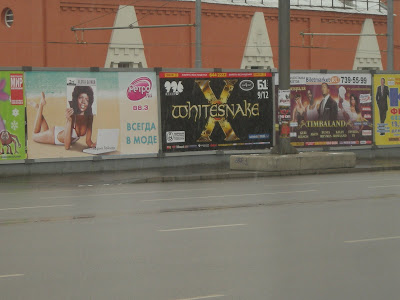 Only in Moscow would you see adjacent billboards featuring Gloria Gaynor, Whitesnake and Timbaland. 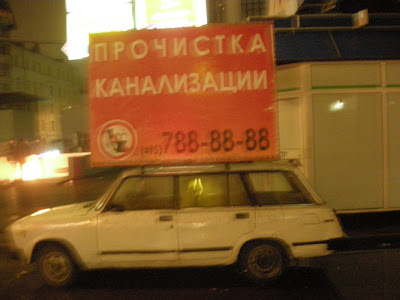 Bigger is better when it comes to advertising. 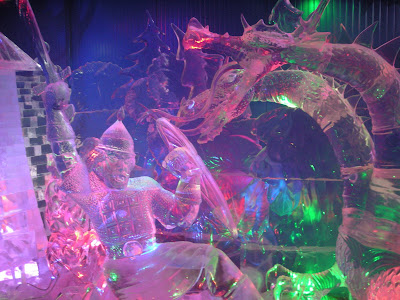 So I went to this ice sculpture gallery in a specially constructed building in a park. The shit was pretty damn psychedelic. Peep this knight fighting a dragon. 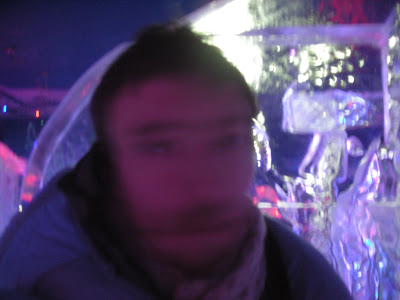 You know I had to get a jowl going on up in the ice gallery. 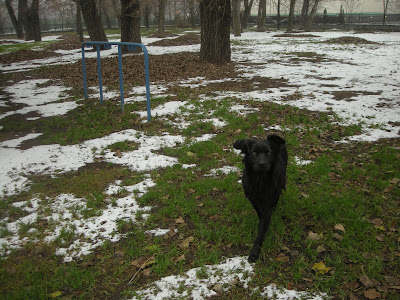 Once more into the dog breach. Outside of the ice gallery there were a bunch of stray dogs. This one ran up to me, I assume looking for food. I started to take a picture and then noticed the terrifyingly blank look in its eyes. I wondered for a moment if it was about to attack, and then thought, "Will my last thoughts be of Rikk?" 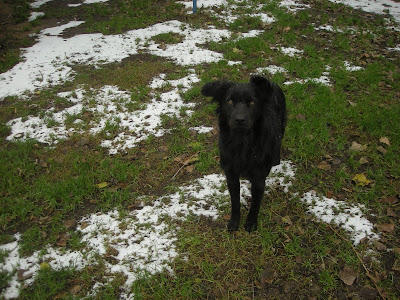 Just look at those eyes. The madness this one has seen..... 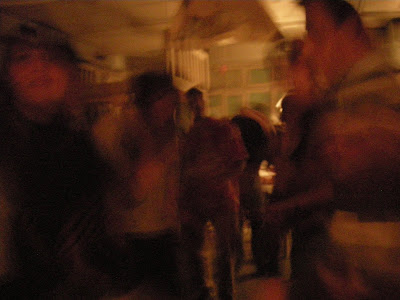 Seurat's "Early Sunday Morning on the Isle of the Lost Dancefloor." 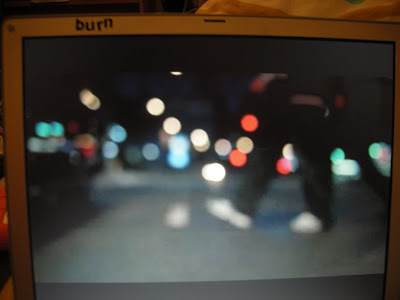 Yo! Chocolate Friends! What am I watching? 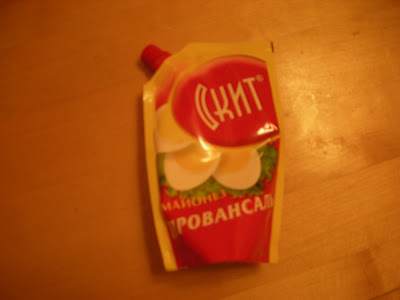 And last but not least, the "creme de la creme" (!). This is a bag of mayonaise. In Russia, mayonaise comes in bags with pour spouts. And this particular brand is called "СКИТ". Now let's spell that out phonetically. The "С" is an "S" sound. The "К" is your normal "K" sound. The "И" is an "EE" sound. And the "Т" is normal. So what's that spell?

Want To Increase Your ClickBank Banner Traffic And Commissions?